This site had a complex planning history which included approval for the conversion of the former Victoria Inn into two dwellings.

Prior to Bloomfields’ involvement, works had not been undertaken in accordance with the previous approval. This was of concern as the site was located within a Conservation Area and the details were unacceptable to officers. Matters were made worse by the fact that the previous permission had lapsed.

A new planning permission was eventually achieved with Bloomfields acting as a mediator during extensive negotiations.

A mutually acceptable compromise solution was finally agreed by both the site owner and the Local Planning Authority and thanks to Bloomfields. The revised works have now been completed to everyone’s satisfaction. 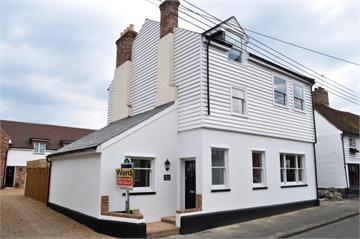 Next Post Two successful applications at a fruit farm